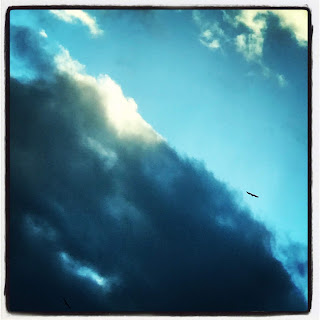 My book club - you know, the one that meets in the lobby of Livingston, Montana's Murray Hotel, that authentic old western place which Sam Peckinpaw, the famous film director (The Wild Bunch, Straw Dogs, The Westerner, The Rifleman, Zane Gray, Broken Arrow, Pony Express) lived the last 5 years of his life, right, that one, was reading THERE THERE by Tommy Orange, a modern, real, this-is-how-it-is painting of young Native American life in Oakland, California, where, as Gertrude Stein so famously said - ‘there is no there there,’ and they - the book club members -  kept referring to KILLERS OF THE FLOWER MOON by David Grann, which I had never heard of and the more they referred to it the more I got it and said to myself I HAVE to read this book right now.

My goal is a book a week, because if I don’t have a goal I will binge watch something, and what does that do for one’s life? Well, ok, you can talk to your friends about stories - actually that is the point, isn’t it? Stories, all these stories we have - they - have to tell about life and the world we live in.

But to get back to KILLERS OF THE FLOWER MOON…

What intrigue.
What writing.
What characters.

KILLERS OF THE FLOWER MOON by David Grann. What research he did to tell this story. What ignorance in myself I’ve discovered by not knowing about any of this, and even David Grann states this story of the Osage County Oklahoma Native Americans in the 1920’s - oil rich and prosperous - was never in any textbook he read.

I could not stop reading about the wealthy rancher and his henchmen, plotting to take people’s inheritance and the murder to get it, the corrupt local sheriff and state officials, so corrupt they had to bring in the Texas Rangers which was the formation of the FBI to solve the puzzle which took years during which the multitude of Native Americans were swindled, murdered, hoodwinked, extorted, terrorized, bombed, and torn apart for what they had - in a word, money.

After I finished, that very day an article appeared in the local newspaper reporting our federal attorney general has come to address the crisis and mystery of the disappearance and murder of indigenous people.

My book club. An education. 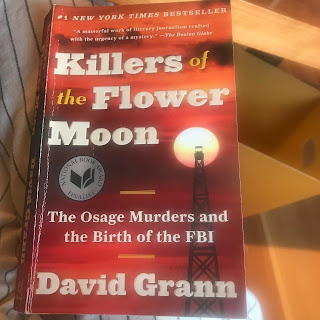