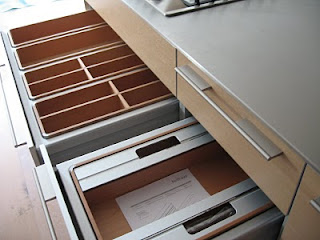 Chris Tosdevin threw a tasteful party for the opening of his Bulthaup studio in Santa Monica last night. Lots of architects, musicians, commercial real estate developers and the old lion of architecture, Ray Kappe and his wife Shelly. Lovely people. I could tell just from looking at Ray he "was" someone. The man was vibrating, radiating. This was the LA design crowd at it's best; uncrowded. Still, among the black clothing there were some stand out jewels, some Bottega bags, some Manolo shoes. The kitchens made me want to create a brand new kitchen. Bulthaup is the best. Once you work in one, you are hooked, and it is so visually pleasing, and so incredibly functional. Someone thought of a place for the dishwashing liquid so you don't have to look at that bottle, wasn't that thoughtful? Someone thought of a pullout drawer for the saran wrap and the aluminum foil, wasn't that thoughtful? And someone knew the refrigerator could just "go away" and look like another cabinet and not stand out like a thud in the middle of the room. That was brilliant. The LA drive there took an hour in rush traffic, the drive home 40 minutes through Beverly Hills, through Santa and his sleigh arched over Wilshire Blvd, through the twinkling blue lights up Canon Drive and it's row of packed restaurants, through the design section of Beverly Blvd, the sofas and beds and kitchens speeding by. It's fun to drive through LA. It's fun to live in this city.
Posted by kathleen matson at 7:29 AM No comments:

Writing: "I had a farm in Africa...." one of the most glorious first lines in literature. 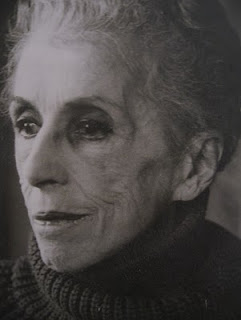 Karen Blixen, aka Isak Dinesen, is my guide & constant inspiration.

From the 1956 Paris Review, after she was asked: most of your tales are laid in the last century, aren't they? You never write about modern times.

"I do, if you consider that the time of our grandparents, that just-out-of-reach time, is so much a part of us. We absorb so much without being aware. Also, I write about characters, and they take over. They make the design, I simply permit them their liberty. Now, in modern life and in modern fiction there is a kind of atmosphere and above all an interior movement inside the characters - which is something else again. I feel that in life and in art people have drawn a little apart in this century. Solitude is now the universal theme. But I write about characters within a design, how they act upon one another. Relation with others is important to me, you see, friendship is precious to me, and I have been blessed with heroic friendships. But time in my tales is flexible. I may begin in the eighteenth century and come right up to World War I. Those times have been sorted out, they are clearly visible. Besides, so many novels that we think are contemporary in subject with their date of publication - think of Dickens or Faulkner or Tolstoy or Turgenev, are really set in an earlier period, a generation or so back. The present is always unsettled, no one has had time to contemplate it in tranquility...I was a painter before I was a writer....and a painter never wants the subject right under his nose; he wants to stand back and study a landscape with half-closed eyes."
photo by Peter Beard.
Posted by kathleen matson at 10:34 AM No comments: 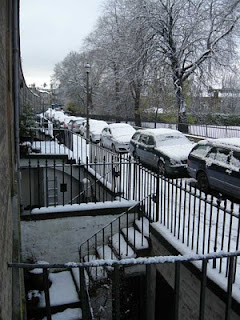 We got out just in time. They closed the airport the next day. It's the first big snow of the season and the temperature went to 0 degrees, celsius, doubled plus 32 equals fahrenheit, ok, get it? It was cold, but I had my timberland arctic jacket, from the men's section, with the hood and the multi pockets. That coat kept me VERY warm and changed my relationship to the outer world in the UK. I just don't like the cold, ok? I do not like it cold.
Back to Southern California. As we walked out of the airport it began to rain and for LA was cold. The next day the sun was out and swept the basin clean, fresh, clear, the palm trees majestic in the light.
Posted by kathleen matson at 9:21 AM No comments: