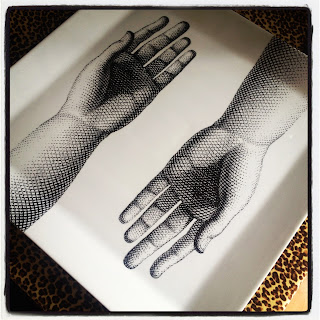 MOOC  Have you heard about them?

Massive Open Online Courses where anyone who is interested from around the Globe, and has an internet connection can participate.

I recently completed 11 weeks of Modern and Contemporary Poetry, better known to it's THIRTY THREE THOUSAND students as MODPO on Coursera.org.

Taught by University of Pennsylvania Professor of English Al Filreis whose 30 years of teaching have made him a juggernaut authority on poetry, and a funny, kind and compassionate listener. Not only that, Al is all over technology and social media. He set up a FACEBOOK page for MODPO, which now has 3229 members, a Twitter feed, conducted video discussions for EVERY POEM with his team of incredibly talented and erudite assistants to close read poems, online discussion forums, broadcasted live webcasts on YOUTUBE with call-ins from all over the world, (what would Walt Whitman and Emily Dickinson have thought about Brazil connecting to Los Angeles through the UK via Philadelphia?), and crafted a syllabus of bedrock pioneers of the Word.

In 11 weeks the course took us from Whitman and Dickinson to the Rise of Modernism, doubts about Modernism, the Beats, the New York School Poets, the Language Poets, chance, conceptualism and unoriginality.

- Allen Ginsberg, Lorine Niedecker, Ray Armantrout, H.D., OH MY God, her Sea Rose and Sea Poppies, are you getting this? This Amber and Gold and Fruit on Sand, this Rich Grain of words clopted together clopstopiaed?

Ezra Pound in the Metro,  Marcel Duchamp and his cubist/readymade beauty spiraled in a downward move, and Stein, shutters shut and shut and shutting shut and omg she is shuttering shut in the face of the Baroness Elsa Von Freytag Loringhoven, a real wild woman, and onto John Peale Bishop who I am ashamed to say I did not know but taught me how to read in another direction - from the edge down.

So many great poets, I have to keep talking about them:

Ruth Lechlitner, whose 1936 poem "Lines for an Abortionist's Office" is pure NOW, show me the trojan horse, baby. Genevieve Taggard, Countee Cullen, Claude McKay, Gwendolyn Brooks,
and then Robert Frost, the wall mender, Oh what a jewel encrusted journey. Richard Wilbur, "The Death of a Toad", does the comma come before or after the quotes? I forget. Beautiful Music, Al, what a line up.

Ginsberg, Kerouac, Robert Creeley, Anne Waldman in a ROGUE STATE, oh yes, if you have never hear that, please click onto YOUTUBE and watch her and you will understand:


Amiri Baraka, so many beautiful poets they all deserve to be named. I started this and now I have to keep going: Frank O'Hara, Kenneth Koch, KINKY! I broke your leg so you could be here with me - Barbara Guest, "20" her voice is so wonderful when she reads her own poem, John Ashberry, - "Some Trees"- that's us MODPO people, waving our arms of poetry, weaving that web around the world, Ted Berrigan, Bernadette Mayer, Lyn Hejinian, Bob Perelman, Charles Bernstein, all leading up to Ron Silliman, whose "Albany" cut through my dross in the middle of my morning and burst me into tears. Funny how one line can do that, eh?

And Al can also be found at:

Is this man on top of things or what??? How does he have time to read? All that is left to say is I've become acquainted with a lot of MODPO people and their love of poetry. These people and this course have enriched my life. The final live webcast that wrapped up the course had people in tears from Germany to Korea or was it Thailand? I know there were tears in Los Angeles.

Next up, MOOC in February THE LANGUAGE OF HOLLYWOOD; Storytelling, Sound and Color with Associate Professor of Film Studies Scott Higgings from Wesleyan University.

"so much depends
upon

beside the white
chickens."

Check out Elliott Holt's post on the Poetry Foundation about MODPO

Downton Abbey - LIFE of PI - The Story, The Poetry, Thank you Julian Fellowes, and Thank you Ang Lee. 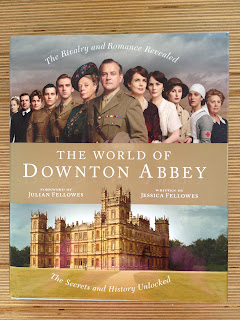 Downton Abbey is back.

Review of Season 2 began last night on PBS, just to get us ready for Season 3 coming in January. I LOVE revisiting this glorious house and all the marvelous characters at Downton. My favorite scene last night was Lady Mary seeing Matthew off to war...the smoke whirls from the train, the whistles blow, her suit of claret for his departure, stark against the sepia drab of war and death in the background.... all the longing in her face and the unspoken love between them as he enters the FIRST class compartment.

With all the desire, hope, drama, fashion, angst, and love we all possess as humanoids.


And if that isn't enough, and you want to leave the house, go see LIFE OF PI, in 3-D, and enter that journey, that fable, that poem, that brilliant magic carpet ride that is a true metaphor for any of us, for anyone in the boat with the Bengal Tiger, which is ALL of US.

THANK YOU ANG LEE, not only for the story, but what is in Back of the story.